The Handlebards: Much Ado about Nothing

Join their all-male troupe for a bicycle-powered production of Shakespeare’s Much Ado About Nothing like none other. In usual HandleBards style, expect riotous amounts of energy, a fair old whack of chaos, and a great deal of laughter.

And what’s the play about? Well - a group of soldiers return from the war to a household in Messina, causing the kindling of new love interests and the re-kindling of old rivalries. The parallel love stories of Beatrice, Benedick, Claudio and Hero become entangled with plotting, frivolity and melodrama in Shakespeare’s famous comedy.

Customer notice: This is an outdoor performance. Please dress appropriately. Also, no seating will be provided and customers are encouraged to bring their own picnic blankets and cushions. Customers are allowed to bring camping chairs but will be seated at the back of the audience area.

★ ★ ★ ★ ★ - “They make great use of the fourth wall…bringing the audience right into the action.” - Fringe Review

Stockwood Discovery Centre tells the stories of real people behind the collections, exploring the history of the region from prehistoric times to the evolution of Stockwood House and the Farley estate.

The display collections include:

A paradise for garden enthusiasts, Stockwood Discovery Centre is one of the few places in the country where the work of acclaimed artist Ian Hamilton Finlay can be seen on permanent display. His Improvement Garden is a classical garden in which the sculptures are an integral part of the landscape. Once part of the original Stockwood House walled areas, the Period Gardens reflect the changing styles of gardening in this country. New areas include a contemplative Sensory Garden, a colourful World Garden and a Medicinal Garden highlighting the usefulness of plants - designed with environmentally green and sustainable principles in mind. 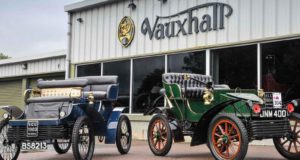